Over the last few years Pirelli have upped their game when it comes to suppling top quality radial tires for classic cars. Their range has recently expanded to include some important tires for people who want their classic Porsche to drive at it's best and at the same time look the way it would have done when it was first produced. Most of these relevant Porsche tires have now been homologated by Porsche themselves and now qualify to have the N4 designation.

The 914, 912 and early 911 have a choice of tires. Pirelli Still make the 165HR15 Cinturato using the CA67 tread pattern that came out in the early ‘50s and carried on through to the ‘80s. For the early look they are perfect, and the perfect radial tire for a 356. However Pirelli in conjunction with Porsche have N4 homologated a new 165VR15 Cinturato CN36 N4, which has the CN36 tread pattern of 1968, that was strongly associated with Porsche from the end of the ‘60s through the ‘70s. 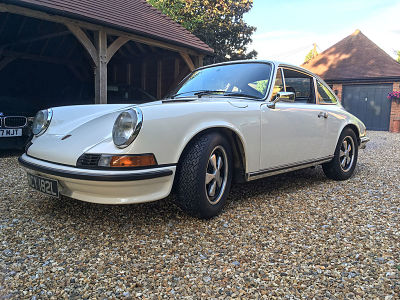 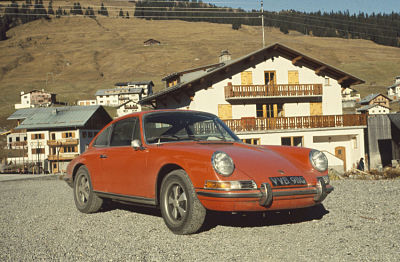 While not the original fitment of a Porsche 911, if wider wheels have been fitted, Porsche homologates the 185/70WR15 CN36 N4. This is also the correct tyre for the Porsche 924

Porsche had experimented for a while with the turbo and the Porsche 930 was the result. Effectively a turbo charged response to the already beautiful Porsche 911, with a large rear spoiler and amazing grip and handling it was an amazing performance road car of the time.

It is the miss conception of so many classic car owners, including many early Porsche owners, that putting more modern tire designs on their vintage 911, 912, 356, 924 or 930 will improve them. This is not the case, which is why Porsche have worked with Pirelli and are recommending these genuine period tires for their cars.

They go together like cheese and crackers. An early Porsche 911 is suited to a period thinner tire, combined with it’s rounded shoulders which maintains the progressive handling that keeps these light weight rear wheel drive cars so enjoyable to drive.

The question of whether these current Cinturato tires are exactly the same as the original tires is often raised. It is not legally possible to make a tire that is exactly the same as it was in the ‘70s because some of the materials and chemicals used to build these vintage tires are no longer allowed. Effectually you use the road surface to scrub your tire into a fine powder and put that powdered rubber into our rivers, and the fish just don’t like it. We have the ability to make greener rubber compounds that work better than they did in the ‘70s, without effecting our environment so badly, and so we should.

Today’s production of Porsche homologated N4 Classic tires are made with bang up to date compounds, developed to give maximum grip from a small foot print. This modern compound is presented to the road on a period carcass, designed with rounded shoulders developed in period to compliment lightweight rear wheel drive sports cars, like a vintage Porsche 911, so they don’t let go suddenly as the car rolls, using modern quality control systems so that every tire is just as brilliant as the last one.