In the early fifties the world of sports cars was rocked by the introduction of the PIRELLI CINTURATO ™ Tyres. The classic CINTURATO ™ tyre moved boundaries forward as to what could be expected of a tyre as, until then, radial tyres had been invented during the war and patented in 1946 as a way of enhancing the longevity of a tyre. Because the tread of the tyre had separate bracing to the carcass, this allowed the sidewalls to flex, without that flex continuing on to the tread. In that the tread now remained more stably in contact with the road it did not scrub the tread away. The extra added benefit was that in that the tread did not move it also had a better hold on the road and gave considerably enhanced grip. 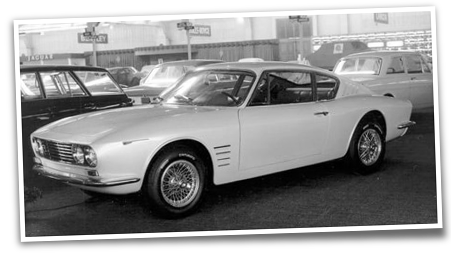 Because of this new technology, many of the world's best cars fitted PIRELLI CINTURATO ™ tyres as original equipment; Lancia, MG, Alfa Romeo, Ferrari, Morgan, Maserati and Lamborghini to name but a few.

Similarly, many classic cars throughout the '50s and '60s and even the early '70s continued fitting the time-honoured PIRELLI CINTURATO ™ tyres as one of the best upgrades one could make to the performance of a car for road use and Motorsport. For instance – there is no better tyre for the classic Jaguar XK or a Riley RM. These classic cars were originally fitted with crossply tyres.

There was a period in the '60s when people buying cars that would normally leave the factory fitting crossply tyres, such as a David Brown Aston Martin, MK2 Jaguar, or XKE series 1 would specify that they wanted their car fitted with radial tyres; both Jaguar and Aston Martin would fit PIRELLI CINTURATO ™ tyres. 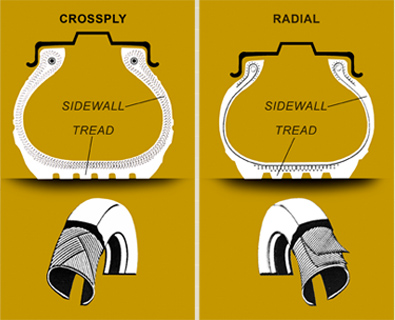 It is critical when changing a classic car from crossply tyres to radial tyres that a typical period tyre is used. tyres of the '60s and '70s were designed to suit cars of the '60s and '70s. Cars of '90s and Noughties need tyres with a totally different carcass structure to suit their totally different geometry. Over the years radial tyres have developed to suit the cars of their period. Todays cars have completely different geometry to classic cars and their squarer shoulders would dramatically effect and spoil the handling of a classic car. “Horses for Courses” as they say.